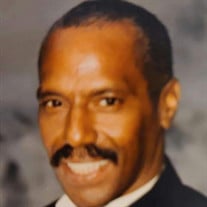 Charles Louis Hull Sunrise Sunset February 18, 1948 – March 18, 2021 Bubbie/Charlie as we all knew him was born in the Bronx, New York to his loving parents Charles Douglas Hull and Minerva Louise Watson, both deceased. He departed this earthly life on Thursday March 18, 2021 in Lakeland Florida at the young age of 73. Graduated from Samuel Gumpers Career and Technical School in the Bronx where he excelled as a student and received yearly certificates of perfect attendance. At the RCA institute of New York City he studied electronics. He earned his living fixing elevators but he was an electrician by trade. He loved to play with anything electric; fixing old radios and televisions was one of his hobbies. He even built a radio in his high school years. He also enjoyed explaining what made them work. While working at a Radio and TV repair shop in Yonkers a customer brought in an audio recorder. The owner was not in the shop and Bubbie proceeded to open the unit and explained to the customer what was wrong with his equipment while repairing it. The customer was so impressed he told Bubbie “I own an elevator company in New York City, show up Monday morning and you have a job” Bubbie took the gentleman’s card, showed up at the Elevator Company Monday and got a job on the spot. He was the first black employee at Millar Elevator. He earned his respect in the elevator field by explaining to his superiors what made the elevator tick. He attended mandatory electrical classes by the Union and ended up being asked by the teachers to “teach” the classes since Bubbie could explain the class better than them. He did not feel comfortable accepting such responsibility and declined; he was then exempted from attending the 4 + year course. Was also an avid chess player, another hobby of his, and loved challenging and teaching his children to play the game. At family gatherings, Bubbie became the life of the party. While in Puerto Rico he entertained himself playing Dominos where he earned the nickname “Charlie Capicú”. Charlie leaves behind his wife Arlene, three children, Charles Richard, Ylka Reneé and Denise Reneé. Grandchildren Antonisa Charlene (Yaya) Morrell, Charles (CJ) Hull, Jesse Alan Hull, Mathew Hull, Reyna Mia Henderson, Preston and Isabella Henderson. Great grandchildren Jayson Jeremiah (JJ) Washington and Kamryn Ochsenreiter. Two brothers, a sister and a host of cousins, and in laws. May he forever sleep in heavenly peace.

Charles Louis Hull Sunrise Sunset February 18, 1948 &#8211; March 18, 2021 Bubbie/Charlie as we all knew him was born in the Bronx, New York to his loving parents Charles Douglas Hull and Minerva Louise Watson, both deceased. He departed... View Obituary & Service Information

A comforting word from you means a lot.

Send flowers to the Hull family.